Rabbit Ears Production Blog created this new book tag called “The Rabbit Ears Book Tag” last month and was nice enough to tag me. Thanks again for the tag! 😀 I always find it almost impossible to pick just one favorite, so I’ve decided to just pick a title I’ve read within the last year or so for each question…

1. The Fool And The Flying Ship: Book That Made You Laugh

It’s a hard question, but I guess that The Hundred-Year-Old Man Who Climbed Out Of The Window And Disappeared by Jonas Jonasson was definitely pretty funny.

2. The Velveteen Rabbit: Book That Made You Cry

I normally don’t cry that much when I’m reading, but I remember not keeping it dry when I was reading The Last Time We Say Goodbye by Cynthia Hand.

3. John Henry: Book That Inspired You

The fact that in The Martian by Andy Weir the main character was able to survive alone on a different planet is pretty inspiring if you ask me!

4. The Legend Of Sleepy Hollow: Book That Scared You

Without doubt The Shining by Stephen King (and Doctor Sleep as well). Delightfully creepy and definitely not the best read if you’re home alone at night! 😉

5. The Emperor and the Nightingale: Book That Took Place In A Foreign Country

I really enjoyed Dangerous Girls by Abigail Haas which is set in Aruba. The plot twists and unreliable narrator had me on the edge of my seat until the very end! 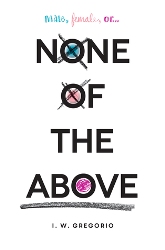 No doubt one of my most recent reads None Of The Above by I.W. Gregorio. Such an inspiring story about an intersex teenager!

7. East of the Sun West of the Moon: Book about Romance

I’m not really a fan of romance novels but Fangirl by Rainbow Rowell was a pretty cute read.

8. How the Rhinoceros Got His Skin and How the Camel Got His Hump:  Most Unusual Book You’ve Read

I’m still not sure I actually liked this read, but it cannot be denied that Me And Earl And The Dying Girl by Jesse Andrews is highly original.

9. Pecos Bill: Book That Was Adventurous And Action Packed

Queen Of Shadows by Sarah J. Maas (and the rest of the series for that matter) was definitely full of action.

The Perks Of Being A Wallflower by Stephen Chbosky is a good example of a story about friendship.

11. A Gingerbread Christmas: Book That Was Holiday Themed 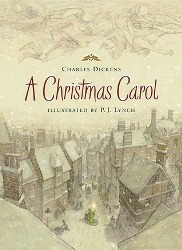 I haven’t read many holiday themed reads so far, but A Christmas Carol by Charles Dickens is without doubt a true classic.

12. Brer Rabbit and the Wonderful Tar Baby: Book With A Rivalry Between Two Characters

Of course one of my favorite childhood series couldn’t be missing is this list… Harry Potter and Voldemort are classic rivals in the series and have their final battle in Harry Potter And The Deathly Hallows.

Wonder by R.J. Palacio is definitely an example of a family that does everything to protect each other.

14. Anansi: Book That Has Animal Characters 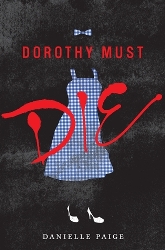 Who doesn’t know the lion in the classic The Wizard Of Oz story? Dorothy Must Die by Danielle Paige is an interesting retelling full of (magical) animals. 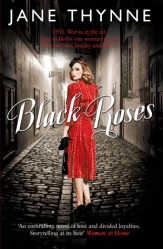 I had a really hard time finishing Black Roses by Jane Thynne without actually falling asleep… Such a shame, because I had high hopes for this read!

And I nominate… YOU! Feel free to do this tag if you want to.

Have a great week everyone! ❤