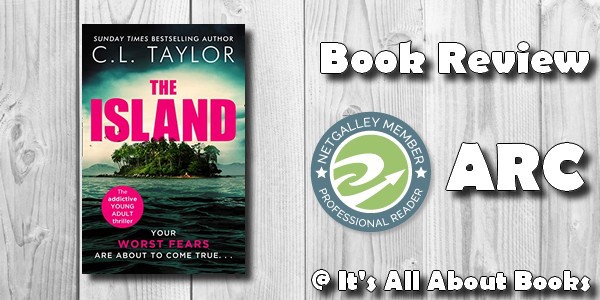 *** A copy of this book was kindly provided to me by Netgalley and HarperCollins UK Audio in exchange for an honest review. Thank you! *** 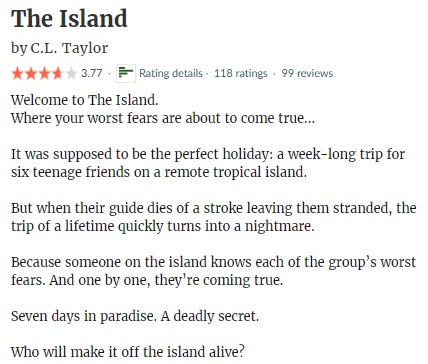 I’ve enjoyed both her YA and adult books in the past, so I simply couldn’t resist requesting an audio ARC of her newest YA story The Island as soon as I first heard about it… And the tropical setting on a Thai island sounded like the perfect backdrop too. I definitely ended up having a great time with this audiobook! Part psychological thriller and part survival story, The Island turned out to be an excellent listen.

I know that I’m basically still an audiobook newbie, but The Island has once again proven to me that I can really enjoy an audiobook when the timing is right… During an ongoing heatwave for example as I’ve discovered. This book has three different POVs and is therefore narrated by three different persons: Olivia Dowd, Sam Newton and Sarah Ovens. Having three different narrators made it really easy to keep the different characters and POVs apart, and I think that all three did a great job giving the characters a voice. Their voices were easy to listen to and I liked the flow of the story; some of the emotions were a bit over the top/acted to my taste, but that might just have been me. As a whole this audiobook is a great option if you want to get the full The Island experience!

The Island is one of her YA thrillers, but don’t let that younger target group put you off if you enjoy a well written psychological thriller with a survivor twist. The Thailand setting makes for the perfect tropical backdrop and the island definitely gives you those summer vibes as well as an ominous feel… Imagine being alone on a Thai island with a small group of friends and a guide; whether that is heaven or hell for you personally, you can’t deny it’s a very promising backdrop for a story! It’s also one of the reasons I enjoyed The Island this much. Why? Well, the whole remote island setting is key in getting the survival part of the story in the spotlight, and it’s this survival element that took the story to the next level for me. This isn’t just another psychological thriller where strange things happen to the cast of characters, as they also need to fight against nature to try and survive too… Talk about plot twist potential!

As for the characters… I can’t say I actually liked them, as all of them seemed to have at least one annoying character trait, but thankfully the story switches quite a lot between three of the friends so it’s not too hard to ignore those feelings. I feel some characters could have been developed more, although I do understand why we are being left in the dark about certain facts/behavior as it would spoil the final reveals… I have to be honest here and say I did feel a bit underwhelmed by those final twists though. After everything that was happening, it felt a bit too much like the easy way out? As a whole, I still think this was a solid read though.

In short, both the tropical setting, the engaging writing, the solid narrating and the survival element, I ended up having a great time with this audiobook despite a few setbacks. The Island is a great choice if you are looking for your next YA thriller with a little something extra!