Skip to content
Date: September 4, 2021Author: Yvonne (It's All About Books) 15 Comments

I just can’t wrap my head around the fact that it’s September already and that in less than four months 2021 is over. How did that happen?! August was the month of my blogging break, and to be honest the month as a whole was quite uneventful. The weather has been strange with lots of days over 20°C and even a couple close to 30°C, which you can’t exactly call winter. It did mean more time to work in the garden as well as our countryside plot… I’ve also taught myself to plaster a wall (sort of) and I repainted the dog house as well as a few plant pots in preparation for a new look for the garden (I’m painting the walls yellow next month and decided to get rid of the blue altogether). I also revamped an old pizza board to fit with this new outdoor color scheme and I love how it came out! I will definitely be using it a LOT as a tea/snack board in the near future. And in case you are wondering: I’m still on track with the promise to myself to focus on my health again, and the healthier food and exercise has already made me feel a lot better (on top of shedding some pounds, which is always a bonus). 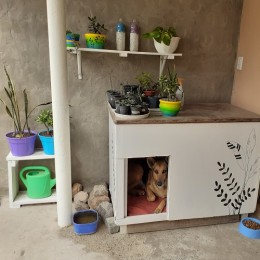 Next: the bookish numbers.

I managed to read more than expected during August, and although I did have six books with a 3 star rating or below, I also got TWO new 5 star reads. 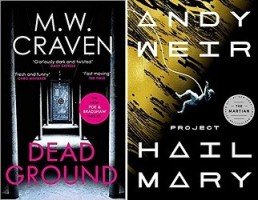 5 STARS: Absolutely and entirely mind blowing! I suggest you to pick up a copy now. 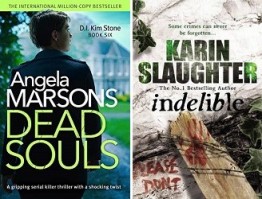 4 STARS: Wow, this was really good. Close to amazing!

The Hound Of The Baskervilles – by Arthur Conan Doyle // The Lost Man – by Jane Harper // Two Old Men And A Baby – by Hendrik Groen // The Holiday – by T.M. Logan // How The Penguins Saved Veronica – by Hazel Prior

3 STARS: It was a nice read, but not fantastic.

2.5 STARS: I give this one the benefit of the doubt. Nothing too exciting.

I ended up joining more challenges than planned this year, but thankfully I’m finishing most without too much effort… I might end up increasing my Goodreads goal to 200 some time this month though.

As for my other goals: I managed to reduce my ARC/backlist ratio by a whopping 4.8%, which I’m really happy about. It’s still not 40% or less, but at least I’m getting close. I’m also almost done with my TBR jar picks, and I’ve finally made some progress with the Karin Slaugher goal… I still need to read a LOT of books to complete both that one and the DI Kim Stone series though. xD