Skip to content
Date: October 5, 2021Author: Yvonne (It's All About Books) 9 Comments 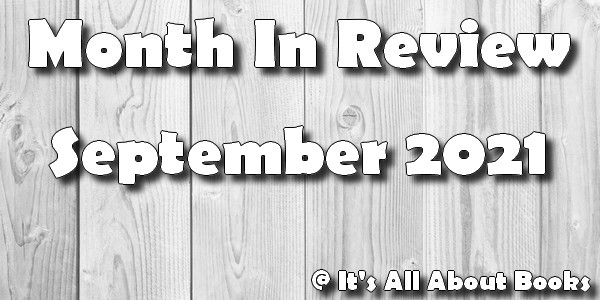 September, September, where did you go? Last month both took forever and flew by way too fast, which is curious on its own. It seems like the blogging break in August didn’t help me at all and the blogging slump has caused some kind of reading slump… As a consequence I struggled considerably to find the motivation to both read and blog, as you might have noticed. On a brighter side, I have been painting a lot and I’ve been busy with DIY as well as I’ve been prepping and painting the garden in preparation for the upcoming spring/summer months. More good news: I also got my second Astrazeneca dose two weeks ago! It’s a relief to be both fully vaccinated… And thankfully this time around there were no side effects either, so a double bonus. Below you can find some samples of my painting (colorful cement ‘stones’ to mark the edge of a border & various plant pots among other things) as well as the shiny new yellow walls in the garden. 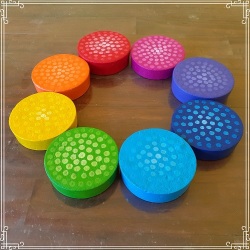 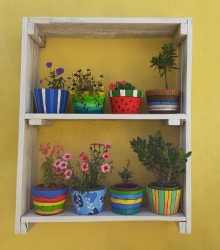 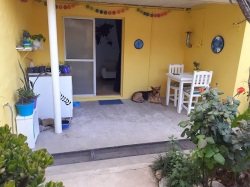 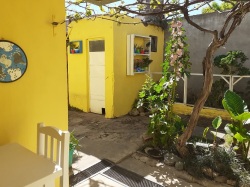 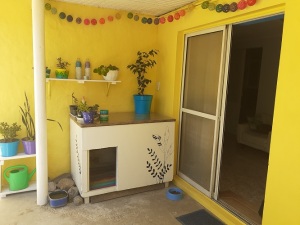 Next: the bookish numbers.

My reading definitely wasn’t in form last month. 12 books doesn’t sound so bad, but I usually read a lot more and quite a few of the books below were short/fast reads at that. I guess I’m lucky that I was at least able to enjoy most of them… But I do hope to be back to my usual reading self by the end of October. 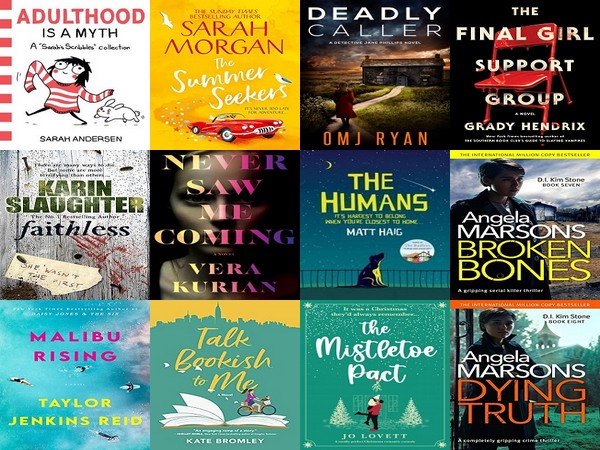 4 STARS: Wow, this was really good. Close to amazing!

The Summer Seekers – by Sarah Morgan

3 STARS: It was a nice read, but not fantastic.

2.5 STARS: I give this one the benefit of the doubt. Nothing too exciting.

Talk Bookish To Me – by Kate Bromley

The Mistletoe Pact – by Jo Lovett

I ended up joining more challenges than planned this year, but thankfully I’m finishing most without too much effort… I increased my Goodreads goal to 200 in the end; I don’t think it will be too hard to beat the number as I have three months left to read 15 books. I also already have the book picked out to complete the When Are You Reading? challenge and I just have to read it… I have to really start focusing on those final BTB Bingo titles though.

As for my other goals: I’m getting really close to having my ARC/backlist ratio below 40% and I hope to do so by next month. I’ve managed to decrease my TBR pile a little and I did read some DI Kim Stone and Slaughter books, although I don’t think I will be able to complete especially the second before the end of the year. The first is a maybe depending on how fast I can read those final six books (and knowing book 15 will be published soon).