Time for another round of Yvo’s Shorties! This time around a contemporary backlist title and a thriller new release that both lived up to expectations for me. 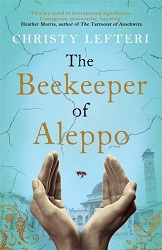 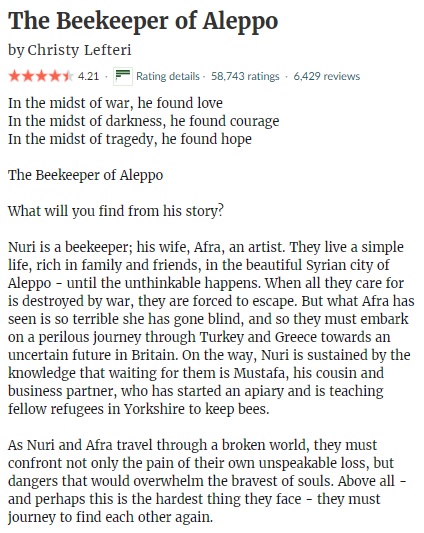 I’ve been saying that I was going to read The Beekeeper Of Aleppo ever since it was first published two years ago, but somehow I never actually did so until now. I’m still not sure why, as I kept hearing fantastic things about it… And I’m definitely kicking myself now, as it turned out to be such a devastating, heartbreaking and important read! It’s the story of Nuri and his wife Afra who have to flee Aleppo (Syria) because of the war. The plot switches between the present where they are have just arrived as refugees in the UK, and their past lives first in Aleppo and later during their slow and dangerous journey towards a new life. The chapters set in the present give you hope, and this is well needed as Nuri and Afra’s journey is simply devastating. The descriptions of the situation in Syria are harrowing and the same goes for the long journey they have to go on once they have no other option but to flee the country. While this is a fictional story, it doesn’t have any less impact and it helps shine a light on the whole refugees situation in the world. I also really liked how the bees were incorporated into the story and are used to help balance the darker elements of the story; it’s a huge part of Nuri’s life and one of his driving forces to continue the journey (also in the form of his cousin Musafa who is also his business partner). All in all a powerful and poignant read. 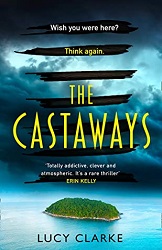 “Life is too short to get stuck in the wrong one, to be working hard to beat a path forwards.”

I knew that I wanted to read this story as soon as I first heard about it. I’ve enjoyed Lucy Clarke‘s writing in the past, and the promise of both a tropical setting and a survival angle sounded exactly like my cup of tea. I’ve been looking forward to pick up The Castaways, more so after positive reviews started popping up, and the story definitely lived up to expectations for me. I loved the setting in Fiji, but then again I always love it when a story takes me to a foreign destination. We get to see both sides of Fiji; both the more tourist side and the deserted island where most of the story takes place. Those chapters were the main reason this story worked so well for me and the survival angle was well developed. The story uses a dual POV, where we switch between Erin in the present (both in London and Fiji) and her sister Lori in the past where she is stranded on the deserted island after a plane crash. The contrast between the two gives the story and edge and there are plenty of twists and secrets to unravel along the way. It’s a highly entertaining thriller I can definitely recommend if you enjoy the genre (even though the ending isn’t all that plausible).