Time for another round of Yvo’s Shorties! This time around two completely different genres, but both books that failed to convince me completely… I love retellings and I’ve been meaning to read the Peter Pan retelling Tiger Lily by Jodi Lynn Anderson for quite some time now, but I felt the romance was forced and the so-called spark was missing in general. Pretty Girls by Karin Slaughter turned out to be a very dark and disturbing read, but I had problems with the credibility of it all. 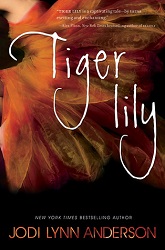 “Sometimes I think that maybe we are just stories. Like we may as well just be words on a page, because we’re only what we’ve done and what we are going to do.” 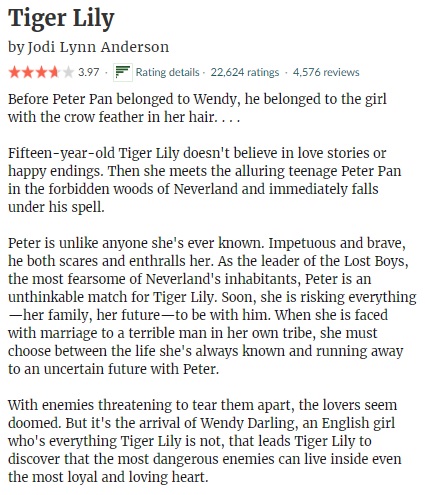 I always love a good retelling and I’ve been meaning to read this Peter Pan retelling for years now. I picked up my copy of Tiger Lily on a whim, looking for something for a little something different to read… And while it served that purpose just fine, I ended up havign mixed thoughts about the story itself. First of all, Tiger Lily is without doubt a fast read and I liked how the story was told from Tink’s POV. We get to know the different characters through her eyes and she plays a small role in the story itself as well. Tiger Lily was also an interesting character as a whole, but unfortunately I felt that the so-called “spark” was missing in the story and certain characters really started to get on my nerves. I wasn’t a fan of the romance either; it felt forced and the love triangle (should I say rectangle?) was quite frustrating as well. The romance just didn’t seem natural at all and wasn’t able to convince me… I would have preferred more focus on Neverland and have other aspects of the characters more developed. I can’t say I was happy with how both the abuse and Tik Tok not being like the rest of the men of the tribe were being handled either. I liked the references to the original Peter Pan story, but as a whole this story failed to convince me completely. 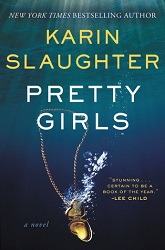 “Every time she thought she’d hit bottom, he found a way to open a trapdoor and let her sink farther down.” 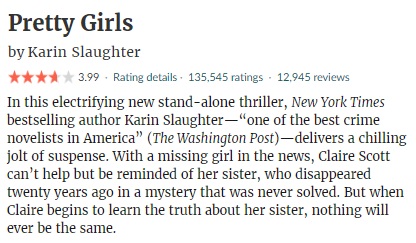 I’m so behind when it comes to Karin Slaughter‘s books… I decided to pick up one of her books on a whim, and while I was planning to finally meet Will Trent, I ended up picking up one of her stand-alones instead. Pretty Girls has been on my TBR for quite some time, and it is also a title that has been recommended to me in the past. I’ve been looking forward to read it, and I definitely didn’t realize just how twisted things were going to get during this story. Oh yes, Pretty Girls is without doubt a breathtakingly disturbing read that will chill you to be bone… Just when you think it can’t get more disturbing and twisted, Karin Slaughter let’s you know another nugget of the full truth and disturbing is taken to a whole another level. And again. And again. The quote above describes my own feelings perfectly! Trust me when I tell you that this story isn’t for those with a weak stomach or those who are sensitive to violent scenes… Not only do we have to deal with a remarkably vile serial killer, but there are also a lot of graphic scenes involved that include torture, rape and murder. And things will get darker than a pitchblack night as both Claire and us readers start seeing the full scope of what is going on. Family drama, grief and addiction elements are mixed with a whole lot of violence, a particularly twisted serial killer, a dark and vile secret network and what can be called a conspiracy feel twist.

My main issue with Pretty Girls is simply the credibility of it all. As things were revealed and escalated more and more and more, I caught myself muttering ‘really?’ multiple times. I can’t go into details without spoiling the plot, but here’s an example: I simply don’t think the killer could have gotten away with things that long and the plot development was just way over the top for me. I also didn’t think Claire’s reaction (or Lydia’s) was all that believable as a whole. The writing itself was of course excellent and twistedness of the story without doubt made my blood curl. I just think that less would have been more in this case; less over the top plot twists and increasingly graphic and disturbing scenes, leaving room to breathe and focus on the serial killer and his actions in all his twisted glory. I’m not saying that Pretty Girls was a bad read (on the contrary), but it wasn’t my favorite Slaughter either. If you haven’t tried Pretty Girls yet, definitely make sure to brace yourself for a violent, dark and disturbing ride.